A chess game was being played on the computer at the Divine Doll Company factory in Pigeon, Utah, when Mark, Demetri and Sheriff Keegan entered the building. The man playing the game managed to escape, killing Keegan, but leaving the white queen chess piece and a cell phone behind.

In "A561984", the same man, now associated with the name D. Gibbons, is seen playing a game in Nhadra Udaya's office.

Each turn of the game was shown on the computer, although the last move was listed in a panel at the side of the screen, and not yet displayed on the board on the screen. After the last move shown, White will allegedly lose the game within two moves. ("White to Play")

In "A561984" we see a flashback of D. Gibbons while Janis lays out the facts the FBI has about the man to Simon. Interestingly, the game of chess we see in the flashback is not as far advanced as the game seen in "White to Play". We see the game after 22 moves, black has just made the Nxe5 move. 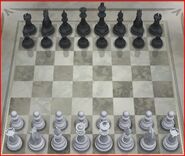 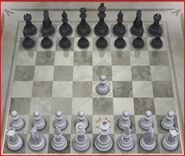 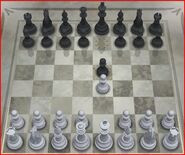 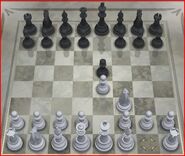 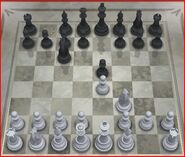 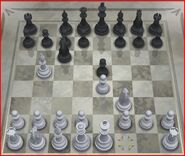 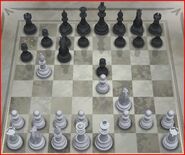 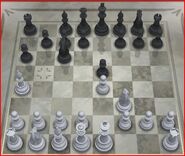 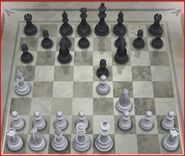 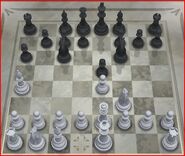 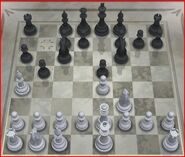 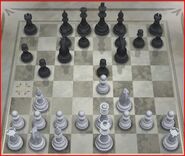 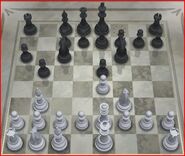 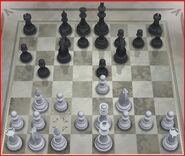 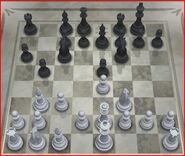 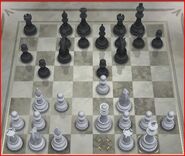 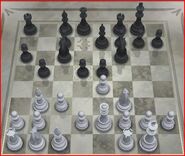 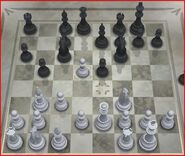 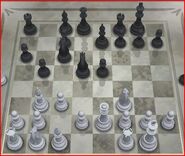 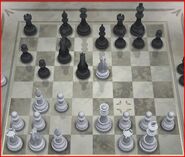 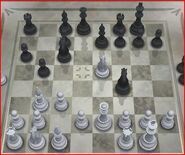 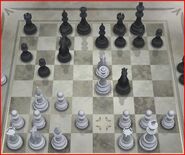 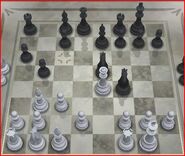 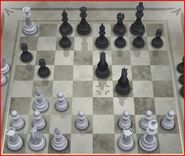 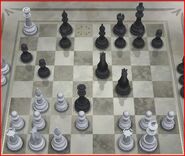 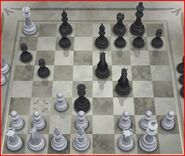 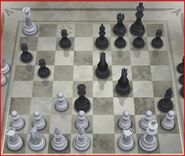 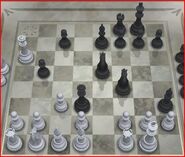 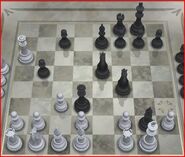 In "A561984" D. Gibbons is seen again playing chess on a computer. The exact moves are hard to make out, but it seems to be a different game.

The same game as in "White to Play" is played between Frank Poole and Hal9000 in the film 2001: A Space Oddysey. The real historical game is Roesch vs Schlage, 1910.

Community content is available under CC-BY-SA unless otherwise noted.
Advertisement